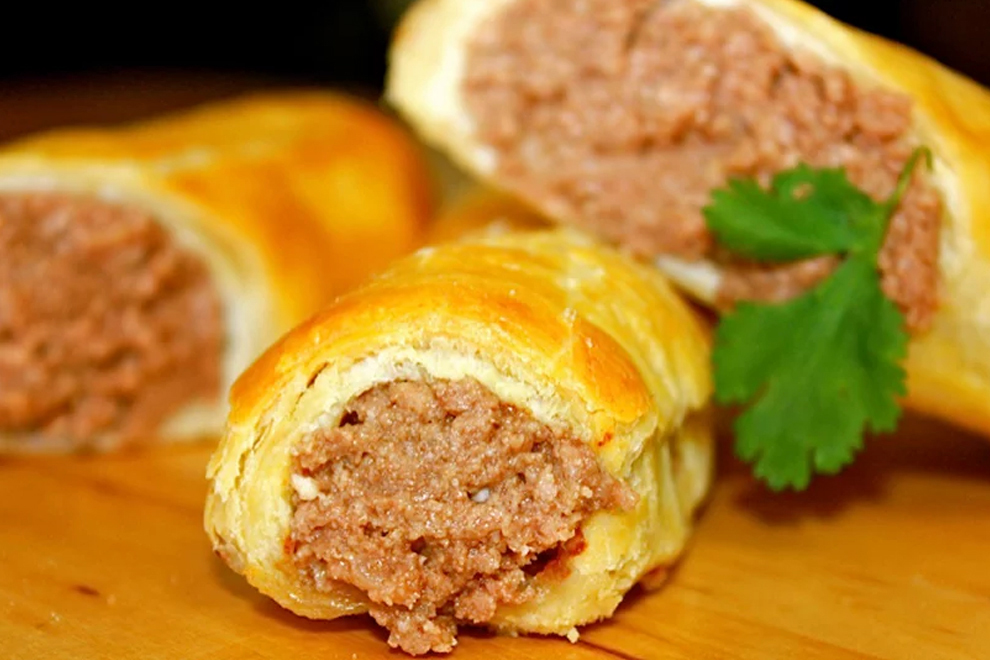 This Home-Hand-Made Pork Sausage Roll will give anyone a smile. SPECIAL ORDERS ONLY.